Ive posted this for all of my ignorant friends on facebook, so I might as well share it here too, dont be so simple as to fall for this bull BBQ.

Ok... Since I keep getting spammed about this kony 2012 BBQ, let me tell you a bit about my 20 minutes worth of research that no one else wants to do for some reason. According to the better business bureau they arent accredited, and upon a few more minutes of investigation, only 28% of donations go to the search for Joseph Kony (whom most of you have never heard of until this week). The rest of their funds shows up as 25% travel 40% worker pay and 7% misc. So your paying for thier vacations, good job. Another thing, Ukraine and Sudan both employee children in thier military so your funding the very thing your paying to get rid of. Think people!
Top 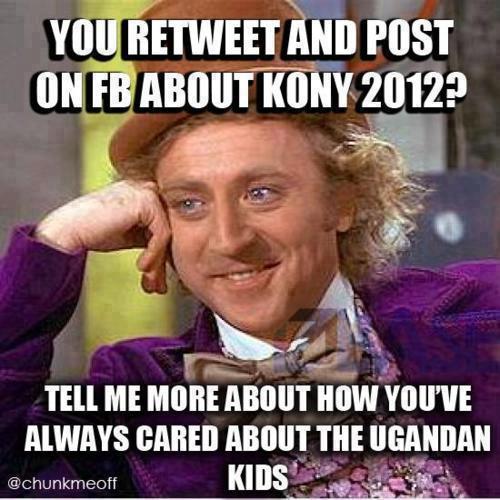 God i hate social networks. The age of the "Brave New Wrold" is upon.

Read it kids, thats the shape of the future. hug that amateur Orwell......
Top

nine-breaker, I've just realized I find you more annoying than pretty much every retard that has ever graced these forums.

Perhaps because you're more a disguised retard than an obvious one.
Top

MadAce wrote:nine-breaker, I've just realized I find you more annoying than pretty much every retard that has ever graced these forums.

Perhaps because you're more a disguised retard than an obvious one.

Coming from you, thats quite the compliment, the feeling is mutual.

And yes, Ukraine was a very bad typo.
Top

Just a heads up that whole civil war in Uganda finished around 2005. So i dunno what to say. Should have used Burma for better advertisement.
Top 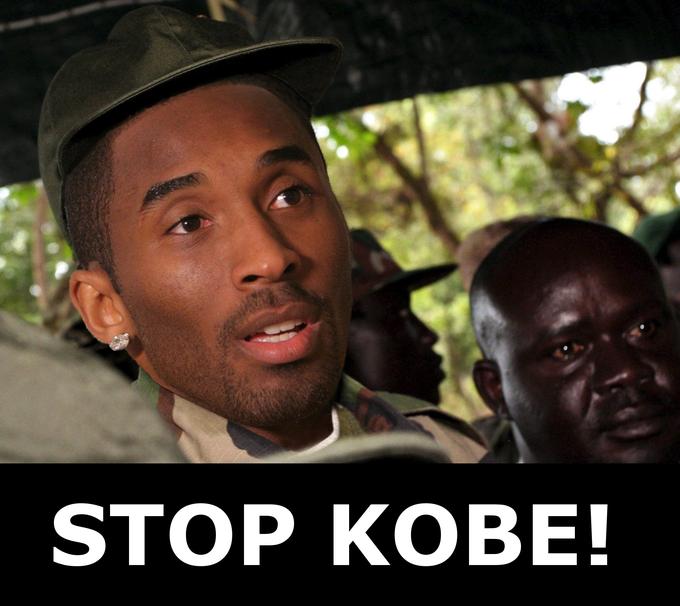 Nine-breaker, thank you so much for your common sense!
I've known what you presented from the start of this viral BS,
and had to undo the brainwashing done to my family and cousins.

Things like Kony 2012 exemplifies how stupid people are
these days, and how dumb the up and coming generation
already is.

Big corporations like McDonald's, JC Penny, etc. play to
your EMOTIONS with their commercials and stuff. They
do this for ONE reason -- Your money!

Kony is no different, and Nine-breaker has exposed them.
Great job!.
Top
Post Reply
9 posts • Page 1 of 1

Return to “The Garbage Chute”